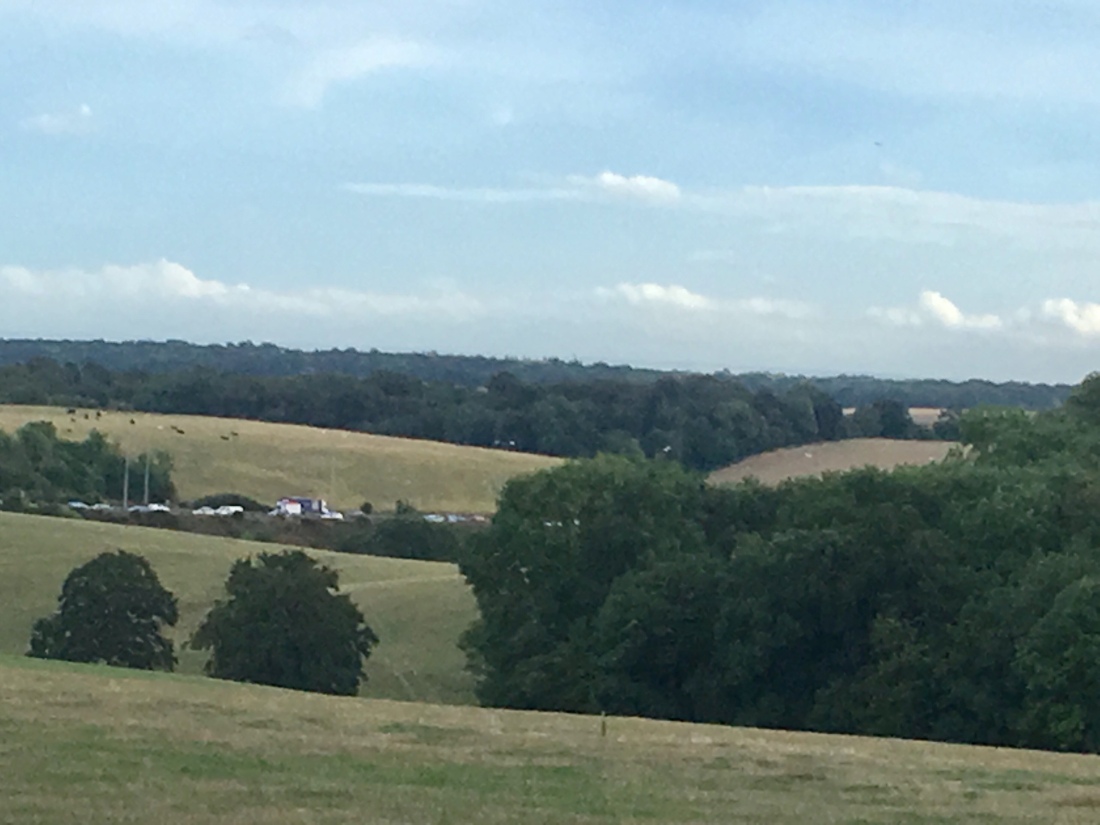 It started off as one of those little jokes, those tricks so many parents play on their children to try to persuade them to take a little exercise.

After roast beef and Yorkshire pudding with Nana and Grandad, and once the dishwasher was chugging away, we tried a strategy to get our little darlings tired out by bedtime.

“Who wants to explore No Dragon Wood?”

Rachel and Alice cried out in enthusiasm, tempted, as we hoped, by the exotic promise of the name. So we set off, and it was only when we reached the wood that Rachel thought to ask us –

“Why’s it called No Dragon Wood?”

“Because there are no dragons here.”

She mulled this for a few seconds, and I sensed she was considering a complaint. But the logic in my answer persuaded her, and by now she was enjoying the outing. She giggled and carried on walking.

Of course a trick like that works just once, but as the girls grew older they discovered for themselves that a walk in the country could be enjoyed, and the route through No Dragon Wood – which continued to be shown on maps with the less romantic name of Bottom Wood – was a frequently chosen option.

There may have been no dragons, but I felt sometimes there was magic of a kind there. It nestled close by the M25, and the roar of that mighty motorway was ever present, louder still in winter. Perhaps this discouraged other visitors, but for me the place had an eye-of-the-storm peace. And there were very few houses nearby, putting it out of reach of all but the most energetic dog walkers. This meant that if one of these more energetic walkers, to give a random example, had a mind to sing loudly as he walked his Labrador through the wood, he could be fairly confident that none but the dog would notice. It was rare to meet another human there. 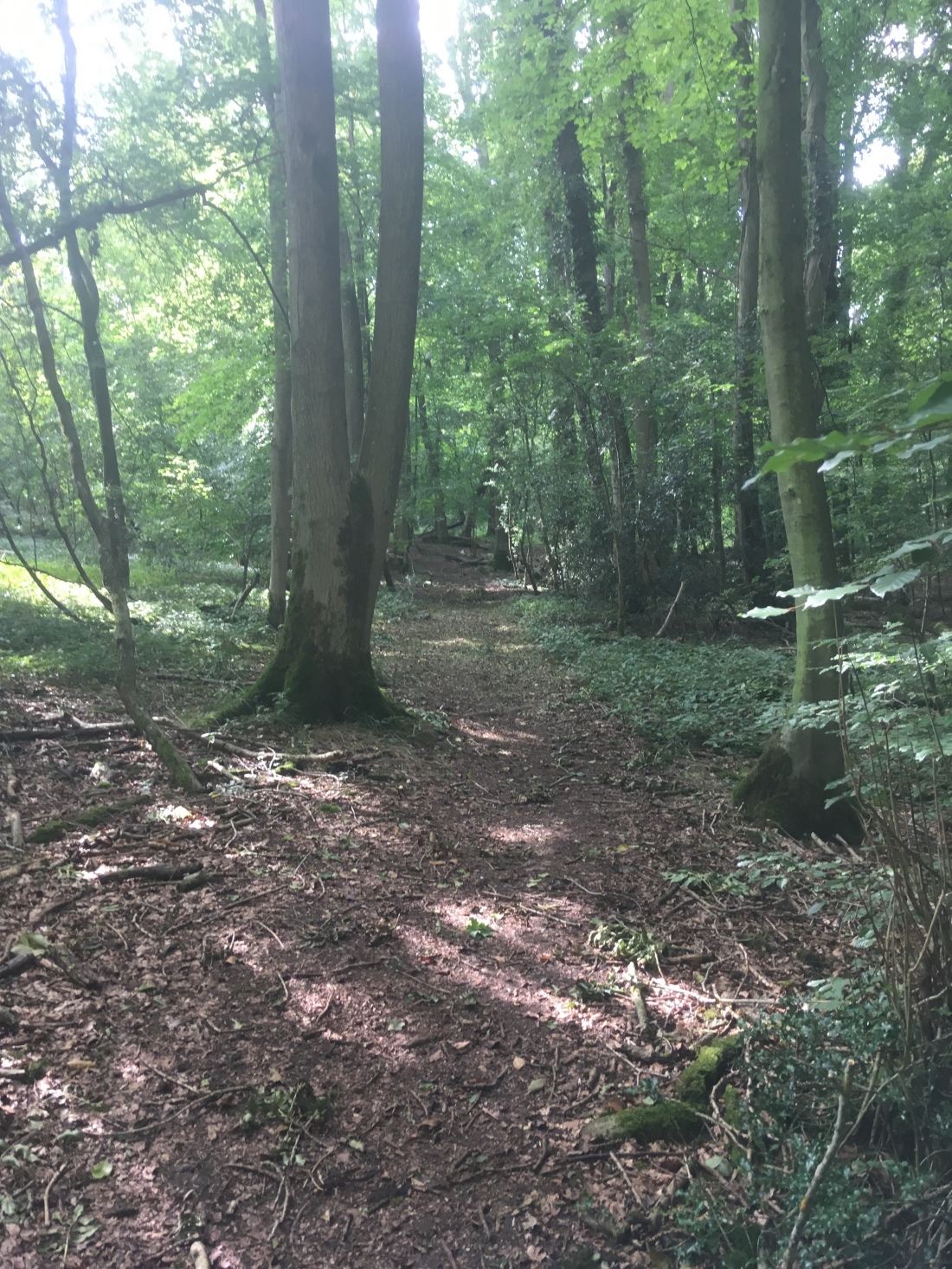 And perhaps the path through the wood once followed a regular course, but it was rarely maintained, relying on the few feet that walked there to improvise new routes around the many fallen trees. So it now wound its way up through the woods in drunken swirls, with moss-covered logs frequently strewn across. 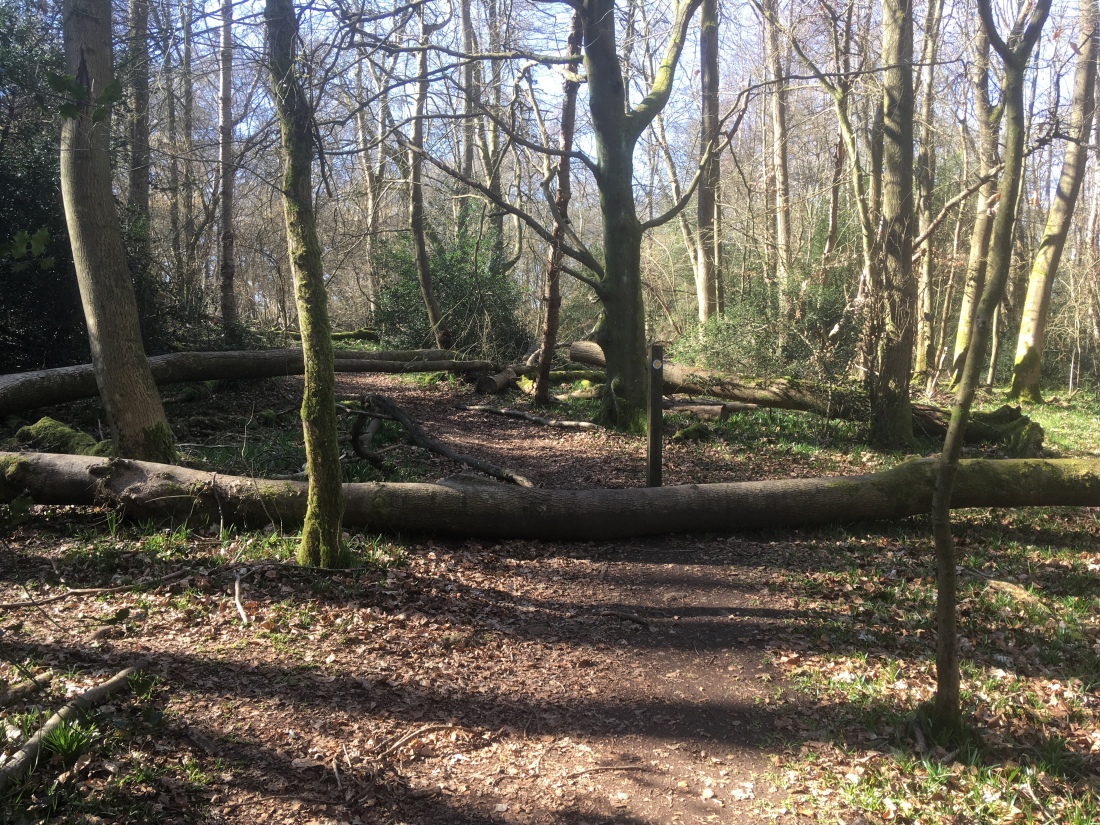 Alice even used it for an art project, writing stories and making strange videos based on No Dragon Wood. It had become embedded in family mythology. So when one day I saw that the battered old stile had been replaced by a smart new metal kissing gate, I sensed an opportunity.

I tracked down the fellow who administered the Chiltern Society’s Donate-a-Gate scheme, to ask whether a plaque with some appropriate wording could be attached to the new gate. I explained the story, and suggested that a more whimsical inscription might make a change from the many sombre benches and gates in memory of much missed Grandma, who loved to walk in these woods. He was very helpful, and came back to give me the good news that although his scheme was focused on central Buckinghamshire, and the gate was actually a short distance into Hertfordshire, the Society was on this occasion prepared to make an exception and take my money.

I consulted my family on the wording, and Rachel came up with an extra line – “No dragon related incidents since 1415” – a phrase heavy with its unanswered question, hinting at the impossibility of proving the negative, flavoured with the frisson of tempting providence. 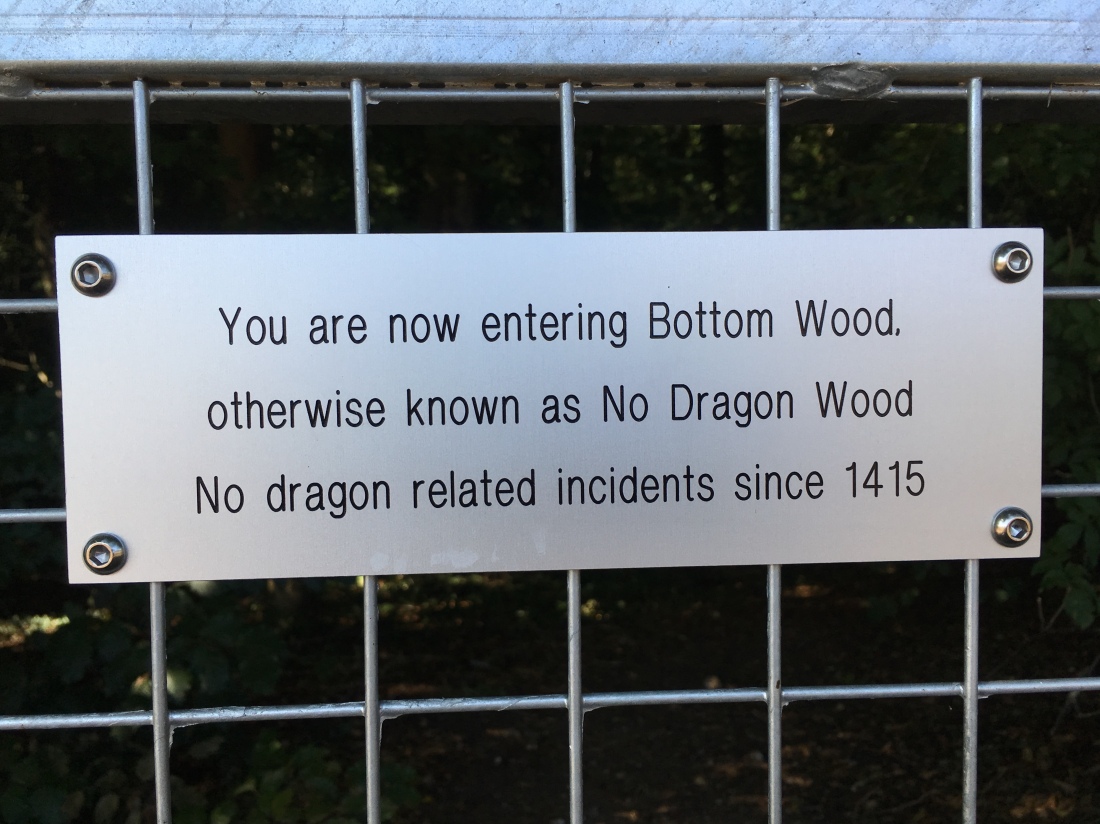 And the plaque was duly installed and celebrated. We have walked through that gate many times in the last few years, congratulating ourselves on our little joke.

But this evening my wife and I are on the M25, heading home after a short break on the south coast, and we run into stationary traffic: we are being diverted off the motorway one junction short of our destination. As we inch towards the exit, we can see armed police by the roadside, police helicopters, huge military helicopters, and in the distance, just to the left of the motorway, a huge plume of smoke rising into the air.

(Published in Chiltern, the magazine of the Chiltern Society – issue 239, Spring 2021)

From Chorleywood, take the track beside the Stag pub and turn left along the path at the back of Heronsgate: when you reach the field adjoining the M25 walk diagonally downhill to the stile at the edge of the woods.  From Mill End follow Long Lane and take the path on the left across a field, leading under Denham Way and up to the M25 footbridge: then follow the path diagonally left down to the stile.  From Maple Cross use Chalfont Road or walk through Woodoaks Farm to the M25 footbridge.  Fire extinguishers optional.

18 thoughts on “No Dragon Wood”