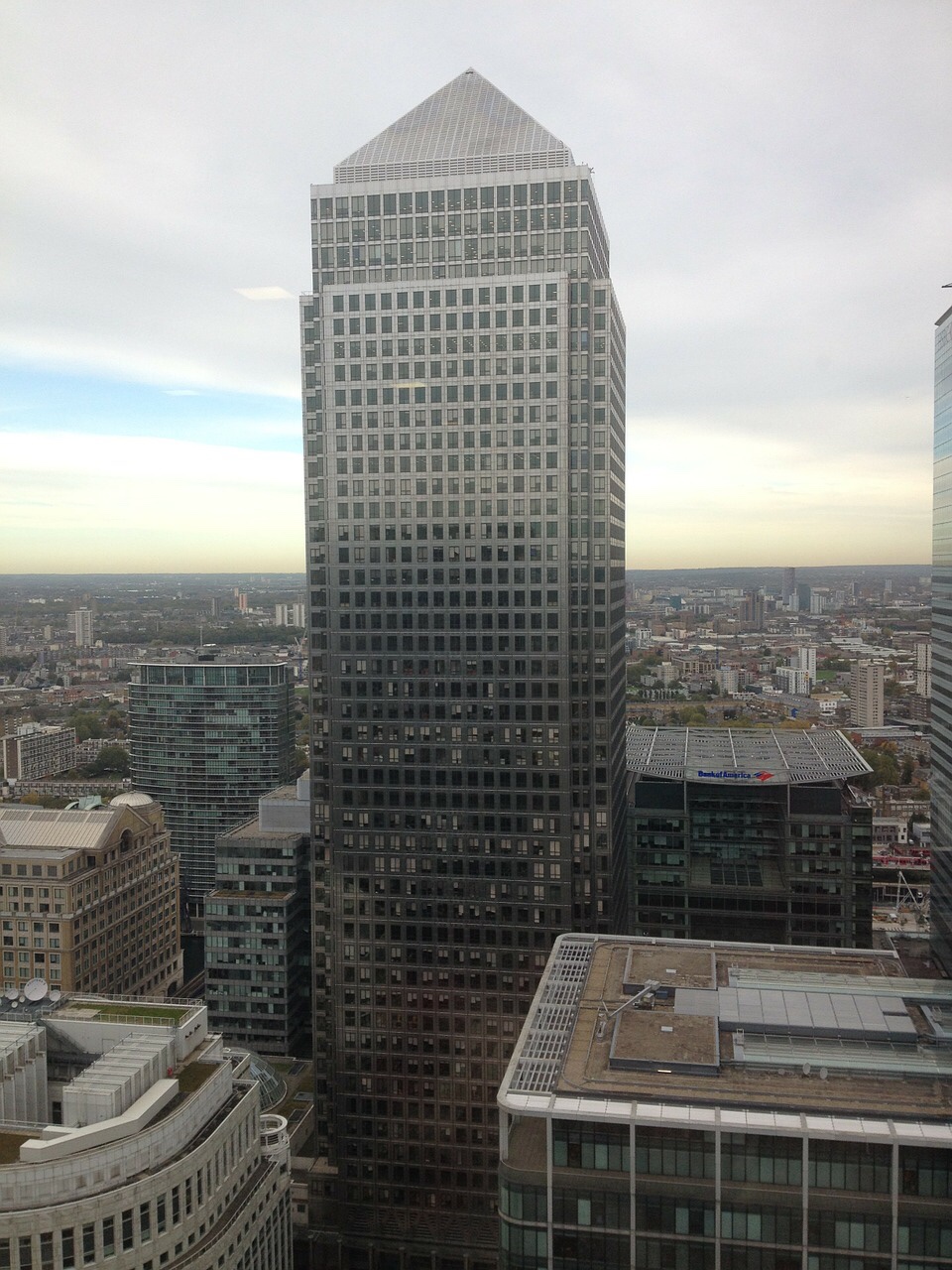 Early in 2005, a US investment bank, aware of my role trading and retailing building society debt, invited me to a 7am breakfast meeting in their docklands office.  I was not accustomed to such an early start, and my spirits sank further as I stepped out of the station into the vast bleak windswept square.  Once inside, the lift – elevator – rose silently, high into the gleaming building. I was shown into a meeting room with wood panelling and oil-painted landscapes: an unconvincing attempt to recreate an English country house interior in the docklands clouds.
There was indeed a breakfast: fresh croissants, bowls of perfect fruit, pains au chocolat.  I was also offered a breakfast cooked to order.  Though tempted, I declined: if the meeting might contain an element of negotiation, I was reluctant to incur even a small obligation to my hosts.  And it is difficult to look professional while eating a banana or trailing flakes of croissant.  The younger of my hosts looked disappointed, and might briefly have considered going it alone.

The man who had invited me was enthusiastic and knowledgeable: he was looking to create a new market for building society bonds, and wanted to know if I could help. He said he had societies willing to issue bonds on a 5.5% to 6% yield: could I help find buyers for the stock at this level?

At the time, similar bonds were freely available on yields of 6.5% to 7% in the market. So I couldn’t see why investors would accept a lower yield on his new issues: I told him that I would give the matter further thought, but that I might struggle to help with this deal, given the gap between the issuers’ requirements and the potential investors’ yield expectation. I returned to my secondary market business.

They didn’t need my help.  In September 2005, the bank announced their new bond issue: a £200m fundraising for Britannia Building Society, later to be taken over (or rescued) by the Co-operative Bank. The coupon was set, with spurious precision, at 5.5555%. Long dated UK government bonds – regarded by investors as virtually risk free – yielded about 4% at the time, and the 1.5555% extra yield on the Britannia bond did not seem to me to offer nearly enough compensation for the extra risk.  Given yield levels in the market, I could not imagine who would have bought this on such a fine margin.

The stock traded briefly above its issue price, before it began a steady descent, with further downward impetus provided by the failures of Northern Rock in 2008, and thereafter troubles at Co-operative Bank itself – substantially caused by the legacy of its acquisition of Britannia – to eventually reach a low of 33% of its issue price. This strengthened my suspicion that the deal had never been right, and that the buyers – whoever they were – had been ripped off.

It is possible that some traditional investment institutions bought the stock at issue, if they weren’t appraised of current market levels.  But more likely, the bank would have put most of the stock into specially created investment vehicles, packaged them into opaque parcels with names like “Innovative Guaranteed Bonds, Series 3”, paid a fat fee to a pliant “independent” agency to hastily stamp it with an impressive looking credit rating, and sold them out to credulous investors.

The beauty of this process is that it enables the bank to book multiple fees, and – provided that they sell all the paper on – offload all their exposure to the overpriced bond issue.  Of course, the poor quality of what they are selling is likely to damage their customer relationships over time, but the greater immediate risk is that they fail to sell all the paper, and end up exposed to their own bad deal.

Whether that happened in this case I couldn’t say, but the bank in question was Lehman Brothers, which was to crash spectacularly in 2008. I will admit to finding it reassuring to see that, just occasionally, banks which create bad deals can reap a bitter harvest.